“Talking about environmental sustainability is not just a matter of forests and wildlife. The inclusion of women is key for sustainable development.” So says Husna, a social worker from North Aceh. In this very Islamic part of Indonesia, she teaches women to stand up for themselves, become more independent and protect their environment.

“Social problems often occur because of environmental problems”, Husna tells us. For more than 15 years she has been active in assisting female victims of conflicts such as sexual harassment. During her work she gradually encountered more environmental issues which have a huge impact on local people. “The social problems here are closely related to the environment, such as human-elephant conflicts, mining, illegal deforestation and flooding.”

Since 2010, she has been working for a local organisation called Sahara. “Our main activity then was to assist a village which was affected by flooding, caused by contamination from Exxon Mobil. First, we only aimed on disaster risk reduction”, says Husna. She explains that with the SRJS programme Sahara has become stronger and more synergised. “As a result, the women participating in trainings now have the courage to speak up about social issues and come up for their rights.” 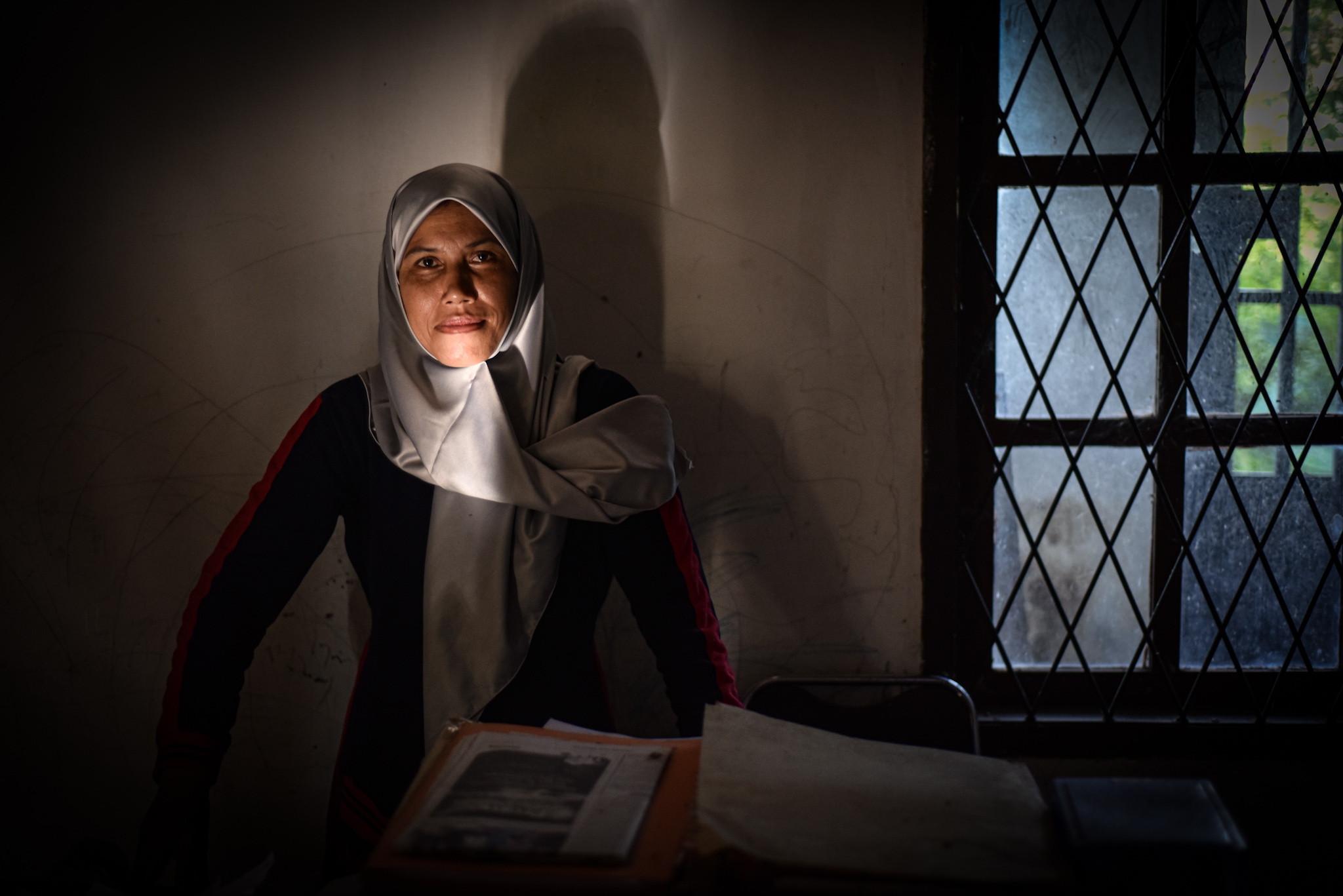 “The cohesiveness of the people here is amazing”, Husna replies after asking what gives her inspiration to do her work. “Previously, the principle in the community was more like a ‘one man show’, meaning that everyone stood for their own decision. Nowadays, the community has united and showed one voice towards the same goal as to be strong in protecting the environment.”

See problems and talk about them

Previously, many people - especially women - did not have the courage to speak about problems such as pollution. “Through capacity building for women's groups and local communities it seems that today they are increasingly sensitive to see problems and talk about them”, Husna explains. “Even though accessing information can be difficult. Let’s have a look at the community in Lubuk Pusaka village for instance. In the past, women here were very rarely involved or not even invited to sub-district meetings. The trainings have opened opportunities for them to learn and to be more independent. For instance, the women have engaged with the district government and village leaders to put more eyes on forest protection and tackling environmental degradation. They are now brave enough to express their concerns and ideas to village authorities, especially regarding problems related to water supply, road construction, and flooding.”

One of the many trainings Husna provided for local women is to make edible and cosmetic products to sell, from plants in their yards or herbs in the neighborhood for instance. That provides them an alternative income instead of cutting down the forest. “The women sell multi-purpose natural turmeric powder to other districts. They also cooperate with the health department to obtain a certificate proving that the products are guaranteed safe for consumption,” Husna explains. “By training women to protect the forest and use it for a living instead of cutting down the trees, both nature and people can benefit.”

Husna concludes: “As a human living on earth I have the responsibility to take care for nature. The environmental damage is getting worse, especially in North Aceh. I hope for a positive change in the community. Even though we face many challenges, I strongly feel that we do not work alone to achieve that change.”