The World Wide Fund for Nature and the Dutch Fund for Climate and Development (DFCD) seal a groundbreaking partnership to reverse the degradation of the Mekong Delta in Southern Vietnam and to improve farmers’ income and resilience by introducing an integrated model to produce rice and shrimps.

As part of this partnership, the DFCD approved a €350,000 grant for Minh Phu Seafood Corporation, the country’s largest shrimp producer, to lead the implementation of the newly developed farming model for rice and shrimp.

Mekong Delta is shrinking and sinking

The Mekong Delta, home to 17 million people in Vietnam, is one of the world’s most productive ecosystems with two to three rice crops a year and more than 450 different species of fish. At the same time, it is one of the regions in the world most vulnerable to water and climate disasters. Intensification of human activities and climate change across the entire river basin in six countries have altered natural water and sediment flows. In addition, land and water use within the delta are affecting its ability to cope. As a result, the delta is sinking and shrinking.

The erosion of the riverbed is aggravating saltwater intrusion - sometimes reaching up to 130 km inland - affecting soil fertility and poisoning crops. Land subsidence, aggravated by both groundwater extraction and loss of sediment deposition in the floodplains, make large areas of the delta increasingly more vulnerable to drought and floods.

With the aim to contribute to supporting Vietnam’s response to this urgent & massive challenge WWF and the DFCD initiated the Mekong Delta Integrated Rice and Aquaculture Project. The vision has been to build a more sustainable & climate-resilient food production model for people, nature and businesses; a model that addresses root causes, is innovative, financially viable and can be scaled up and replicated in other Asian river deltas. 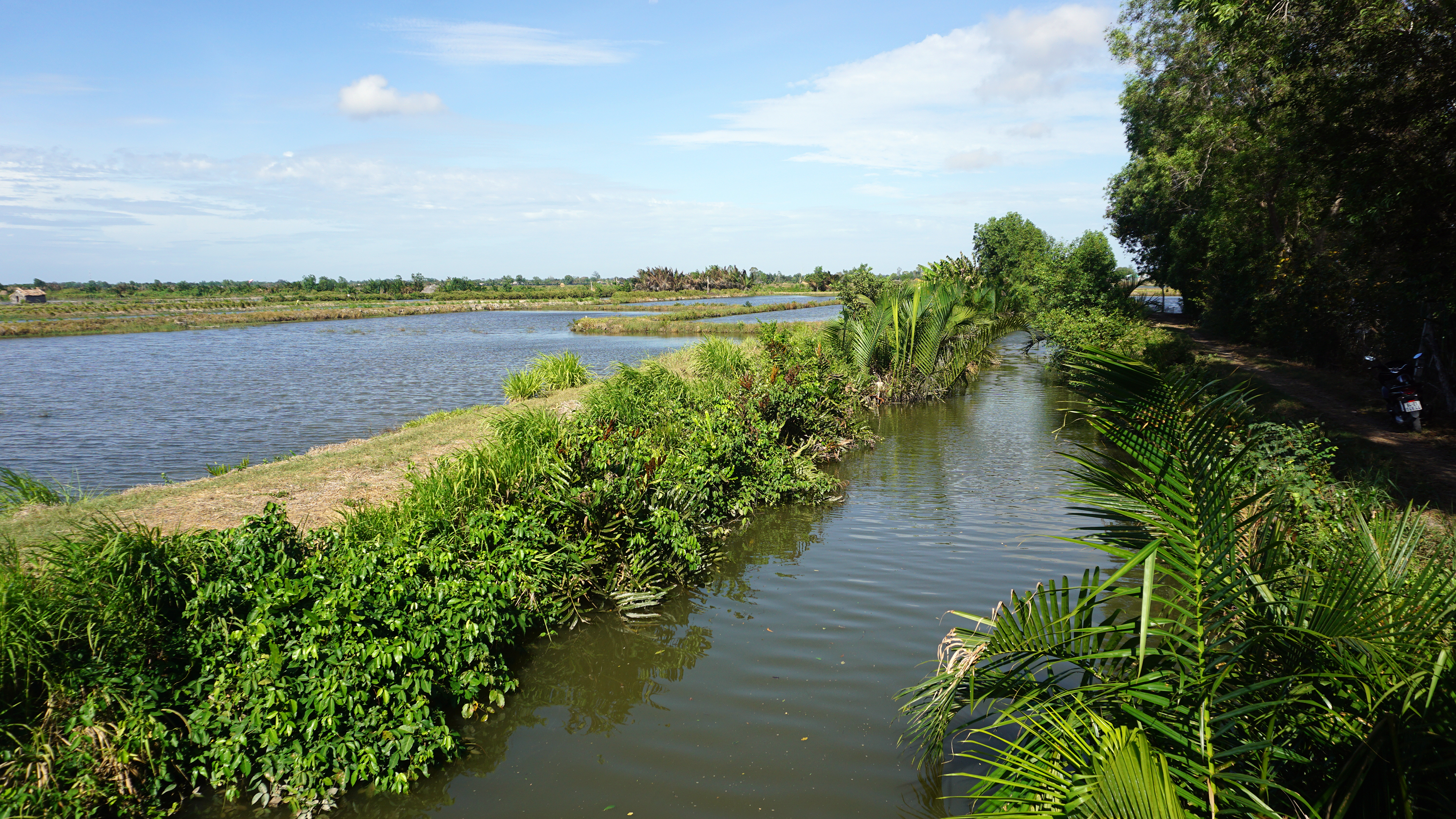 The project will be implemented at five sites with different conditions. It starts in Ca Mau Province, the most southern part of the Mekong, in August with the conversion of 30 to 50 hectares. During the one-year test phase, 110 hectares of sixty farmers will be converted.

Following proof of concept, Minh Phu is seeking a €35 million ten-year loan to implement the full project from the second quarter of 2022. With the help of its partners, it will introduce the new way of farming on 30,000 hectares by 2028. But Minh Phu’s ambitions are much bigger than that.

Other partners in the project are TV Food Company Ltd., a rice exporter, the Vietnamese local government of three provinces and Deltares, a leading Dutch applied research institute into deltas. Their co-funding takes the total project budget to €800K.

Professor Vo-Tong Xuan, who is a leading expert on farming systems, is an important advisor to the project. He is the rector of the Nam Can Tho University but worked for nearly forty years as a director at the Mekong Delta Farming Systems R&D Institute. 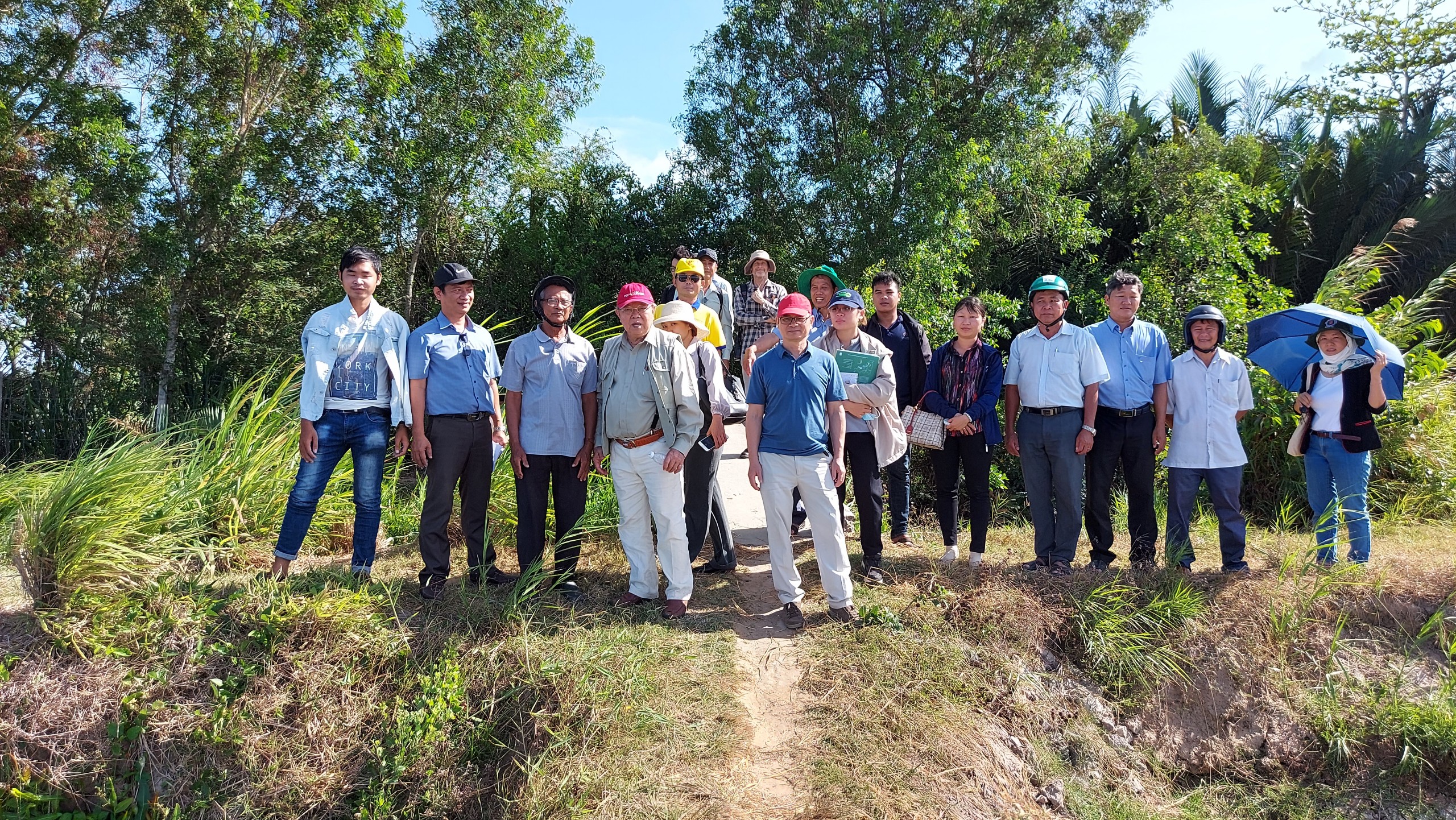 In the original model, farmers cultivated rice as an intense monoculture on one part of their land and shrimp on the other. Diseases spread easily and the high use of chemical fertilizers, pesticides and antibiotics killed all biodiversity. Meanwhile, the farms became more and more vulnerable to droughts and the intrusion of salt into their land.

The first thing that needs to happen is to restore the natural sedimentation process to allow the mixed rice paddies to be fertilized naturally by shrimp manure and nutrient-rich flood sediment. Current practices and associated infrastructure have disconnected the river channels from the floodplain thus most fields are not flooded by river water in the delta notably to avoid the effect of chemicals and pathogens. By reconnecting the paddies and ponds to the natural river channels, which remain relatively clean, healthy sediment can flow into the paddies again.

Separate intake channels for clean water and discharge channels for used water will be created. Using probiotics and photosynthesis bacteria rather than antibiotics and chemicals to reduce toxic ammonia, sulfide and pathogens in the water without consuming oxygen and to decompose organic matter into smaller particles.

A sedimentation and nursery ponds will collect the mud that will be spread onto the soil once a year, raising land levels and naturally fertilizing the soil. Deltares, which is advising on the sedimentation process, estimates that the land can rise by 6 to 10 centimeters per year while the subsidence is two to four centimeters annually, so a net elevation gain in the face of global sea level rise. 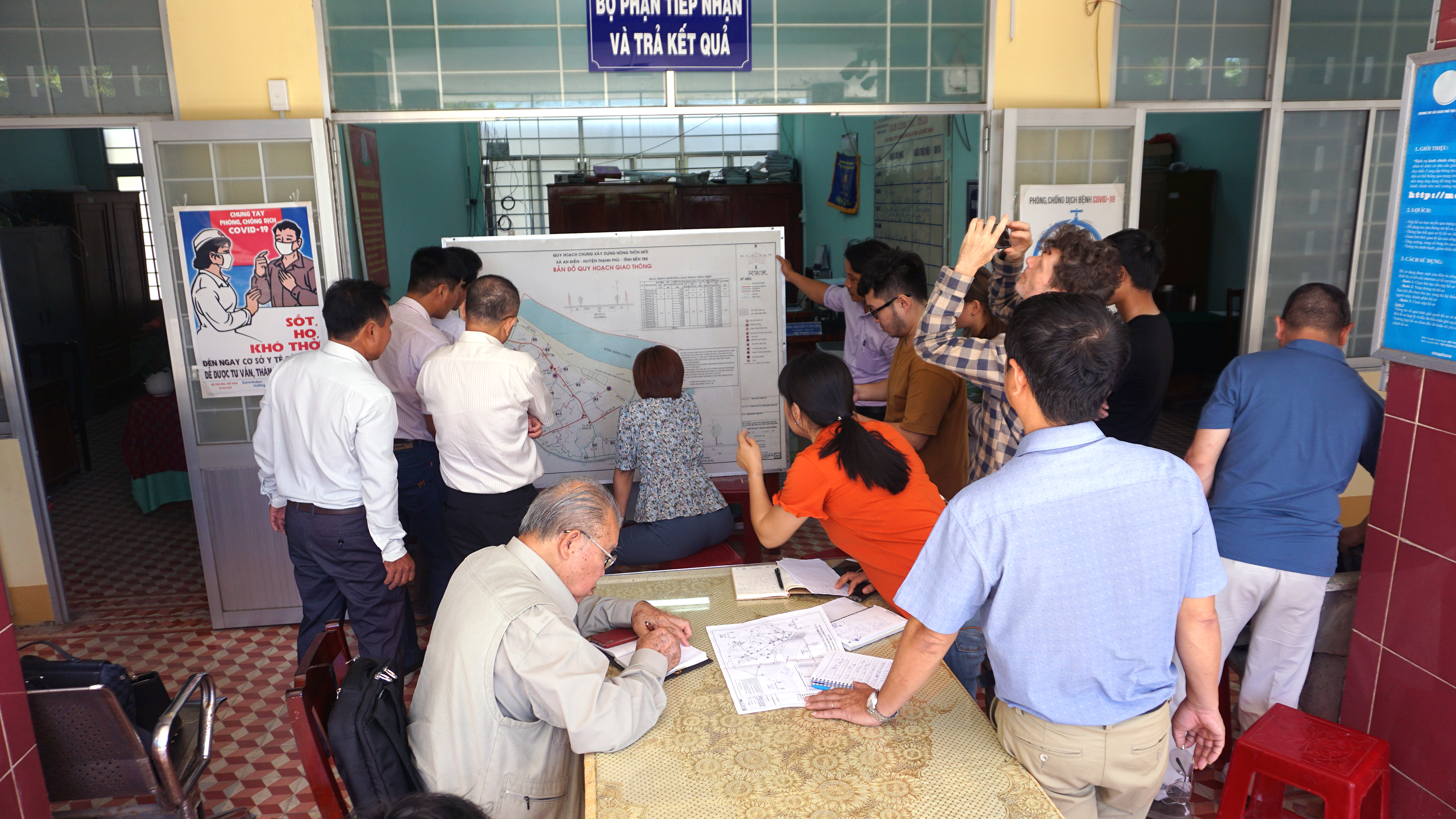 The farmers will receive training and technical assistance, but also put their own skin in the game. They contribute their land, time and hard work while paying €1,115 in operating costs. Minh Phu will support farmers in pre-financing their inputs (e.g. seedlings etc.) by lending straight to the farmers with the need for collateral and without charging a premium.

During the pilot, a study measures crop yields, income benefits and impacts on resilience and biodiversity of integrated agriculture versus those of conventional intensive rice farming and aquaculture. A team of academics and experts analyse the quality of flood sediments and whether the micro-organisms living in them (which in turn influence productivity) are more diverse under an integrated agricultural model.

Stuart Beavis, Regional Lead WWF DFCD Asia: "By integrating systemic climate resilience benefits in a business model that can be scaled up on large areas that are very prone to water and climate disaster, this initiative could prevent massive future costs to the public sector to contain or repair climate-related damage to assets and infrastructure."

Mr. Le Van Quang, CEO Minh Phu: "The rice and shrimp project in the Vietnam Mekong Delta is a project to adapt to climate change. The project helps to improve the Mekong Delta's environment in a structure of sustainable, anti-subsidence, and improves farmer's livings so that they can get rich on their own land without going to the city to work in industrial parks. After 10 years, Minh Phu wishes the Mekong Delta will have abundant products, the environment is clean, the ecological system is balanced, and especially the farmers will be happy."

In case you have any grievances in relation to this project of the DFCD’s Origination Facility, please contact us through our service desk at servicedesk@wwf.nl within thirty days from the publication date of this announcement.

Minh Phu is the number one shrimp producer in Vietnam and a leading seafood company in the world. Its products are currently available in more than 50 countries and territories. At present, Minh Phu has a total of 18 member companies, including 4 shrimp processing factories and 14 subsidiary companies.

The DFCD enables private sector investment in projects aimed at climate adaptation and mitigation in developing countries. The Dutch Ministry of Foreign Affairs has made available € 160 million to increase the resilience of communities and ecosystems most vulnerable to climate change. The DFCD is managed by a pioneering consortium of Climate Fund Managers (CFM), Worldwide Fund for Nature Netherlands (WWF-NL) and SNV, led by the Dutch Entrepreneurial Development Bank, FMO.